Flowers, The Darlings of Decorative Design 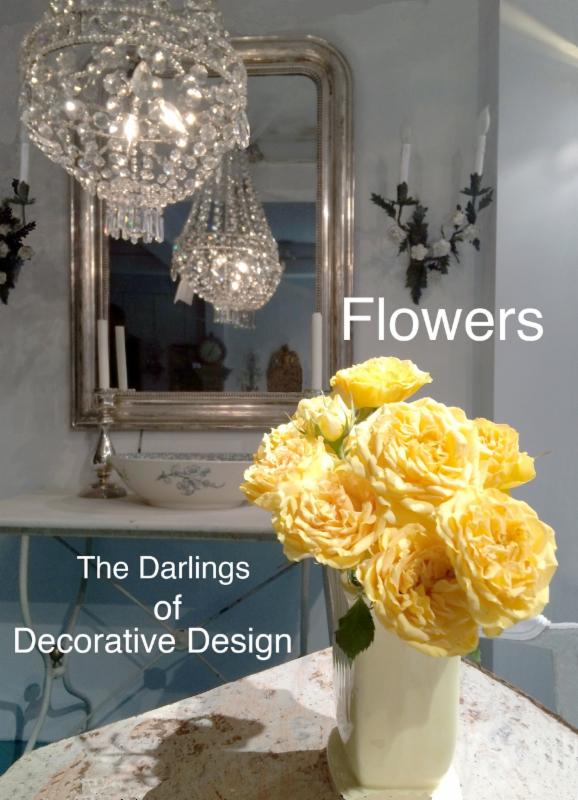 Flowers have always been a treasured element of decorative design enhancing everything from furniture and china to fabrics and wall papers depicting fanciful aspects of nature. In the 18th century the famous French painters of flowers adorned the walls of palaces with their exquisite creations and gilders topped their mirrors with cascades of carved flowers. In Sweden, flowers were often used on bridal clocks to depict a romantic crown of flowers worn by a bride and in Lindome, the guild of furniture makers, used the flowers and berries of the hopps plant as their symbol. It appears on some of the most beautiful Swedish chairs and benches that are still cherished today.
Click on images of all items for more information. 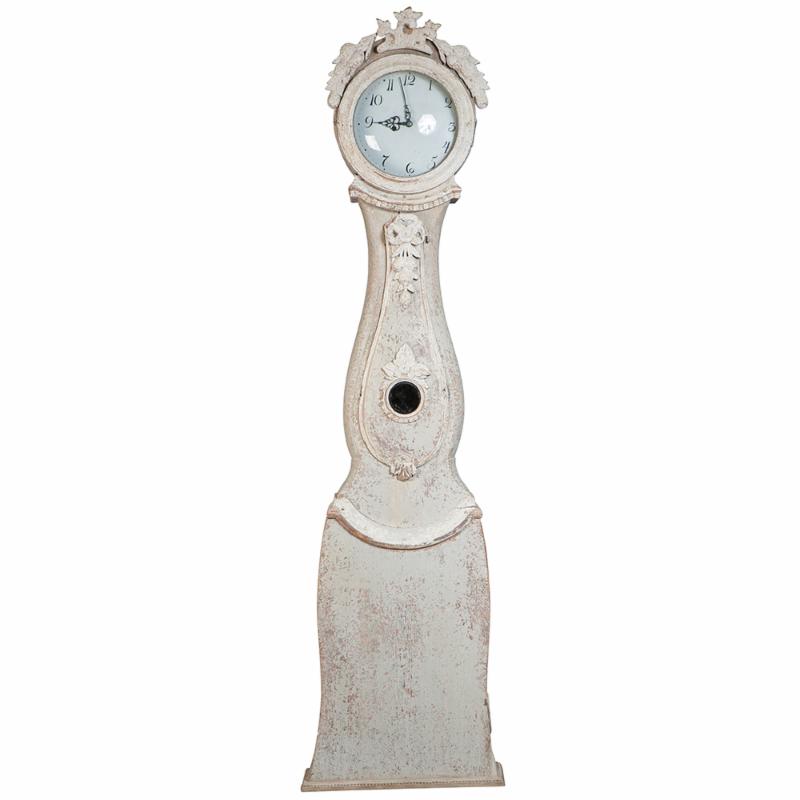 A Swedish Bridal Clock with an elaborate crown of carved flowers and traces of original white paint. 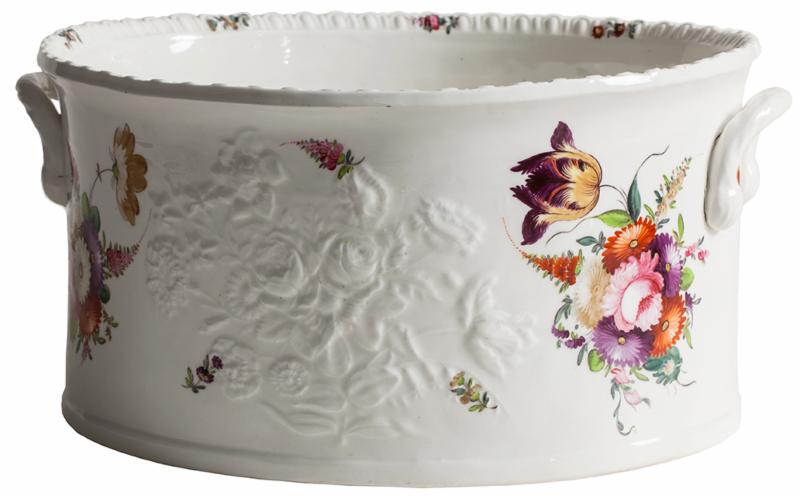 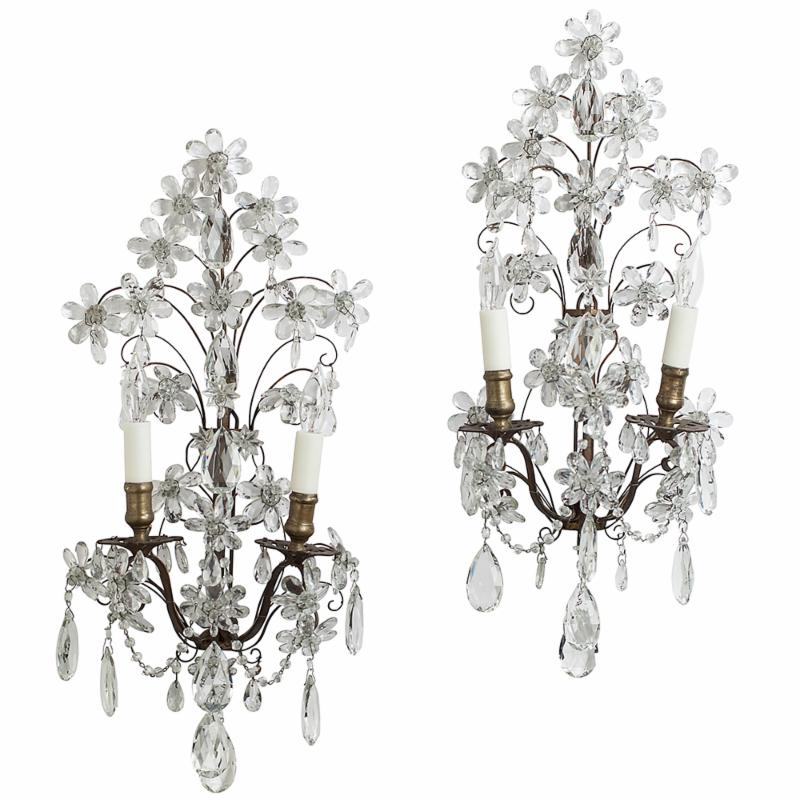 A pair of French sconces with crystal flowers and stars, late 19th century. 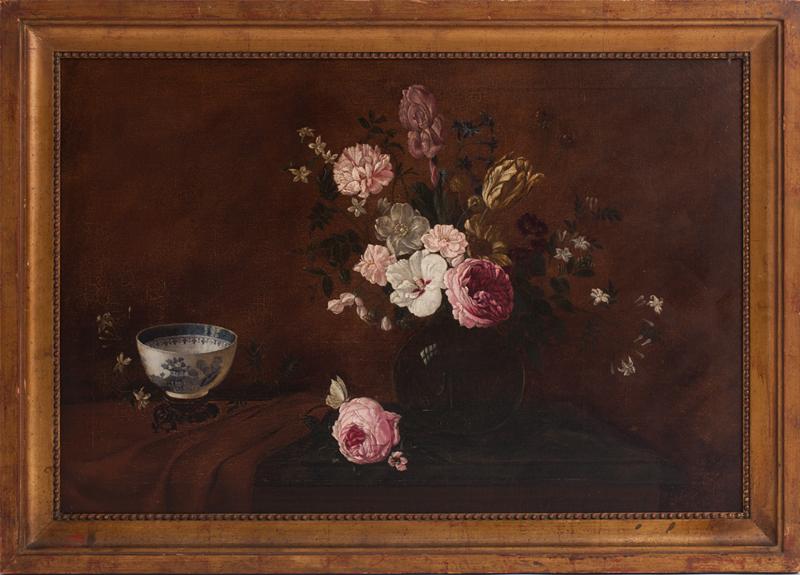 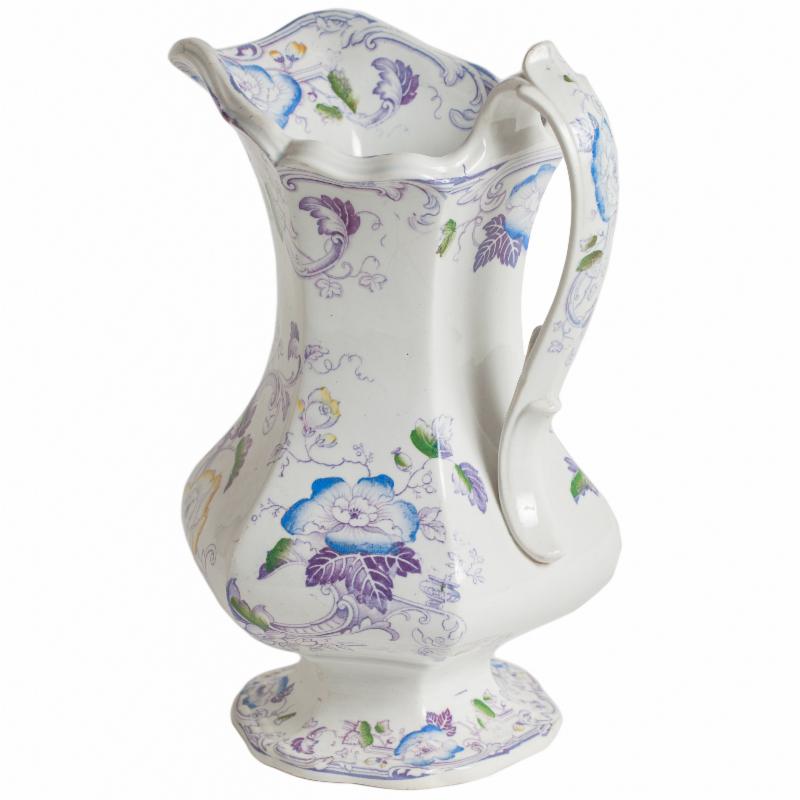 A multicolored floral ironstone pitcher, “California” pattern is perfect for flowers, circa 1850. 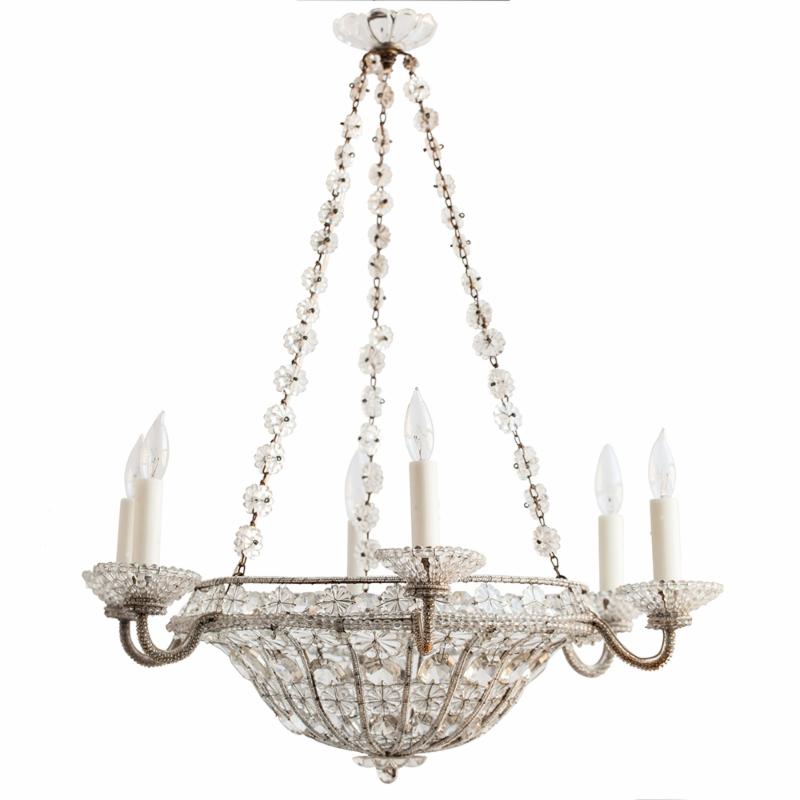 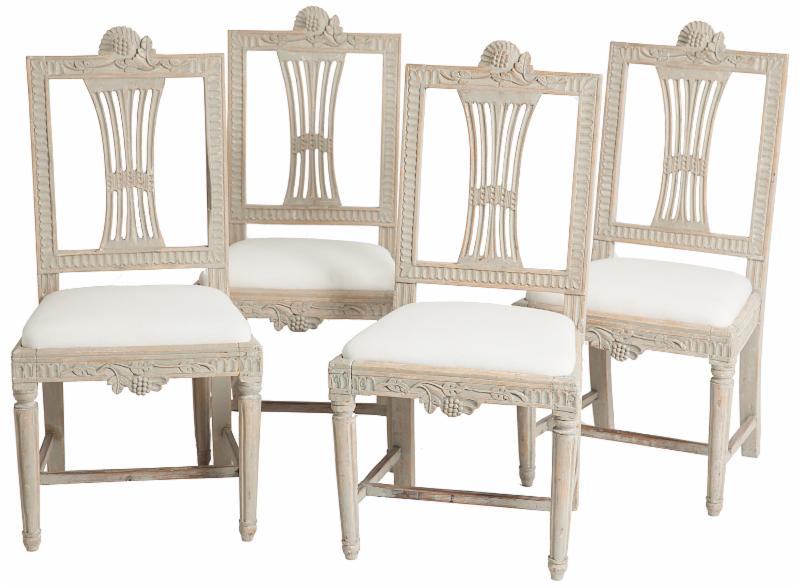 A set of four Swedish Gustavian period dining chairs bear the fruit and flower carvings of the hops plant the signature of the Lindome furniture maker’s guild in Sweden. 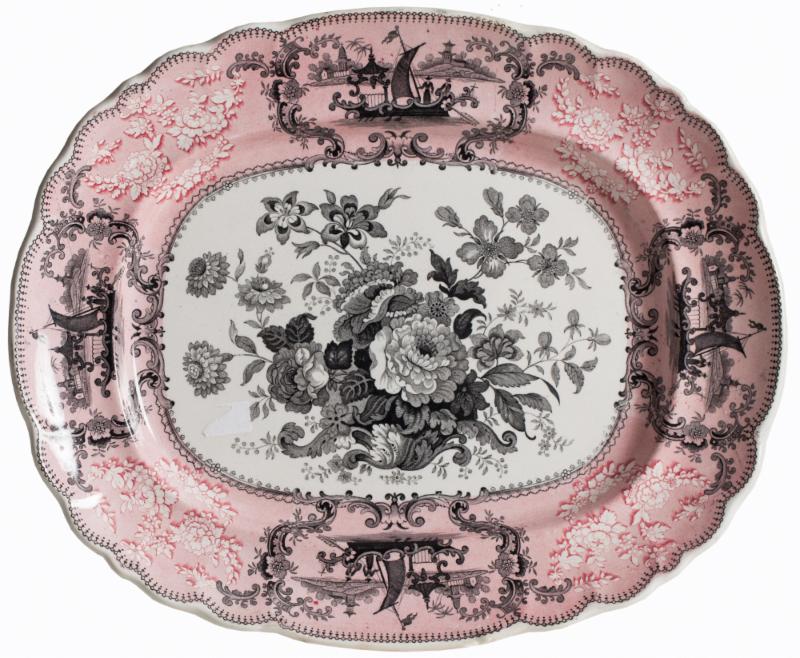 An English black and pink transfer ware platter with a central medallion of flowers, circa 1840.